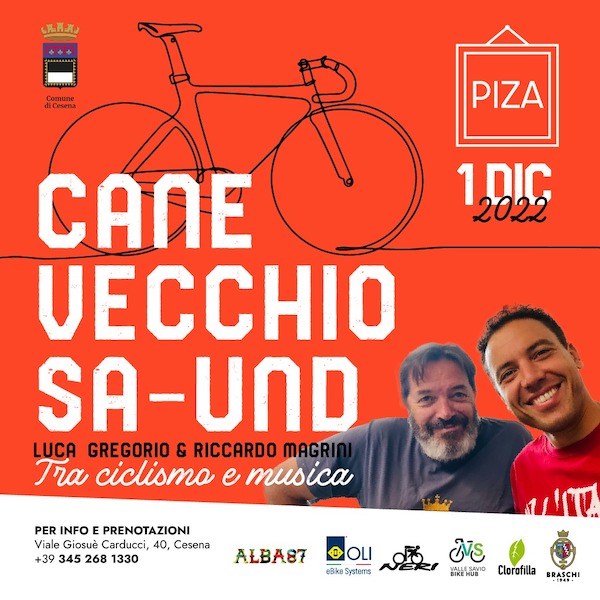 Spreading the bicycle culture comes also from being able to narrate cycling, to bring it among the people, through its hybridization with what apparently does not relate to it, in the least expected places and ways.

Here is why Clorofilla, together with other realities of the territory such as Oli e-bike systems, Alba 87 gin , Valle Savio Bike Hub  and Cantina Braschi chose to participate as a partner to an initiative organized by the friends from A.S.D. Cicli Neri  with the support from comune di Cesena to bring to town “Cane vecchio sa-und”. 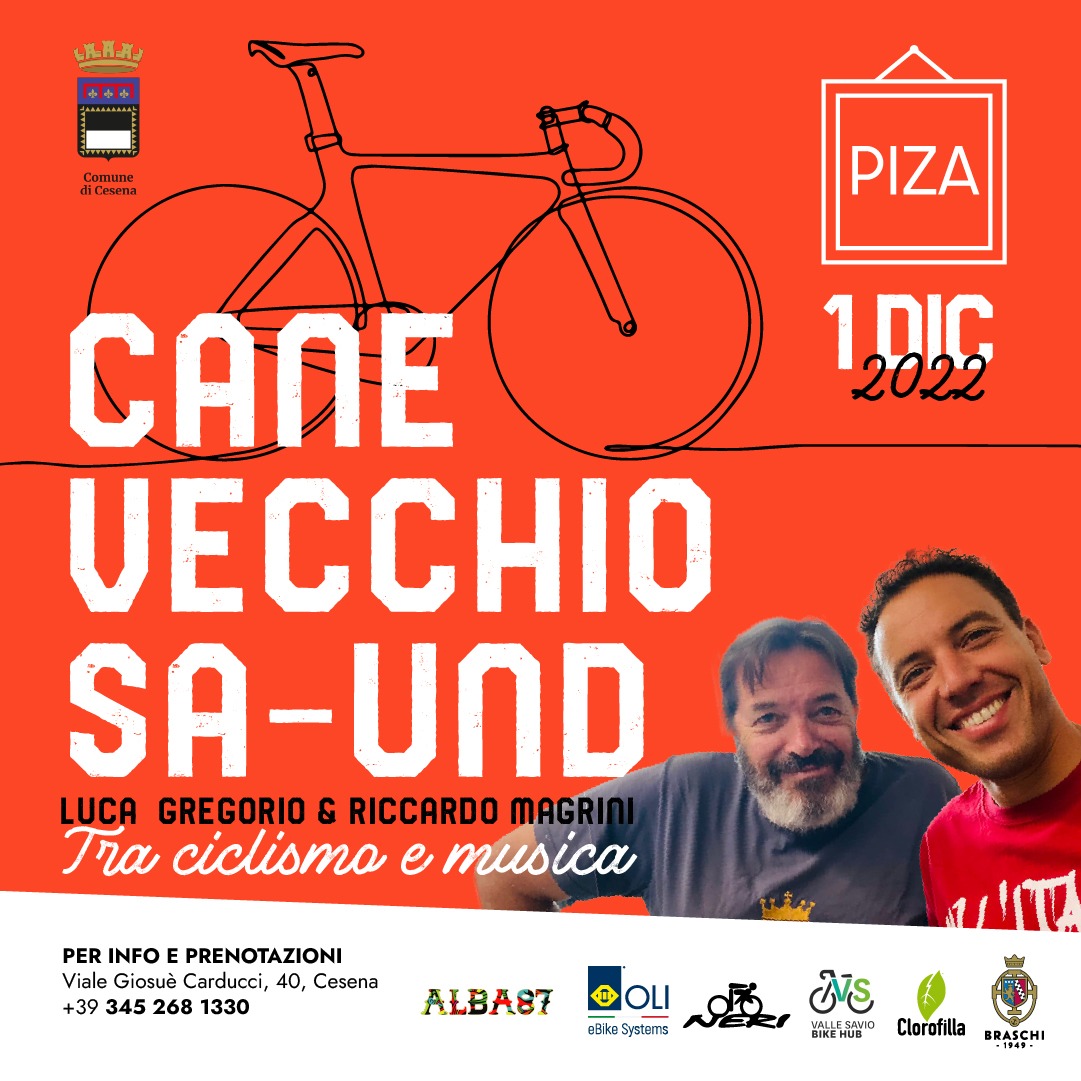 The poster of the event of December 1st in in Cesena

But what is “Cane vecchio sa-und”? It is the name of a “cycle-musical” project conceived by Luca Gregorio e Riccardo Magrini, whose voices are well known to bike lovers since together with they are the ones commentating all the main cycling events for Eurosport Italia together with Moreno Moser.
However only a few know know that “Greg” e “Il Magro” are also passionate musicians, who have devoted their voices and their guitar (Luca Gregorio) to the public between anecdotes and cycling curiosities, in an informal and funny question and answer. 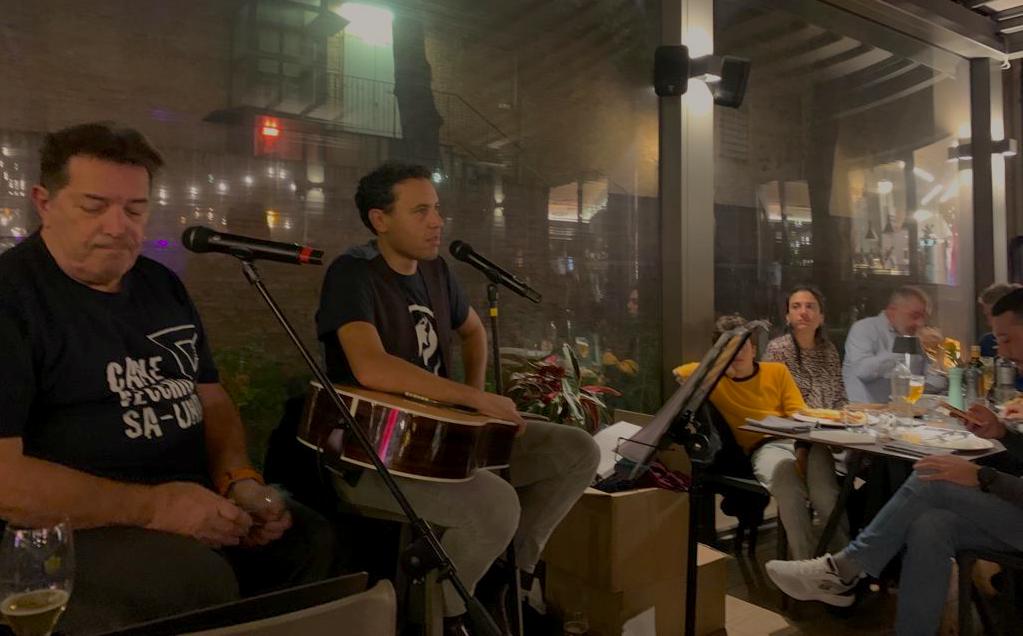 Clorofilla was present with its products which have been used to set up the exhibition of bikes and historical jerseys displayed from 6:30 p.m. that has served as the right scenography for the aperitif organized by Chiosko Savelli, while the music has been the protagonist of the dinner held at the adjacent restaurant Piza from 8 p.m. in genuine regional Romagna style that has put together not only cycling and music but also great food and wine. 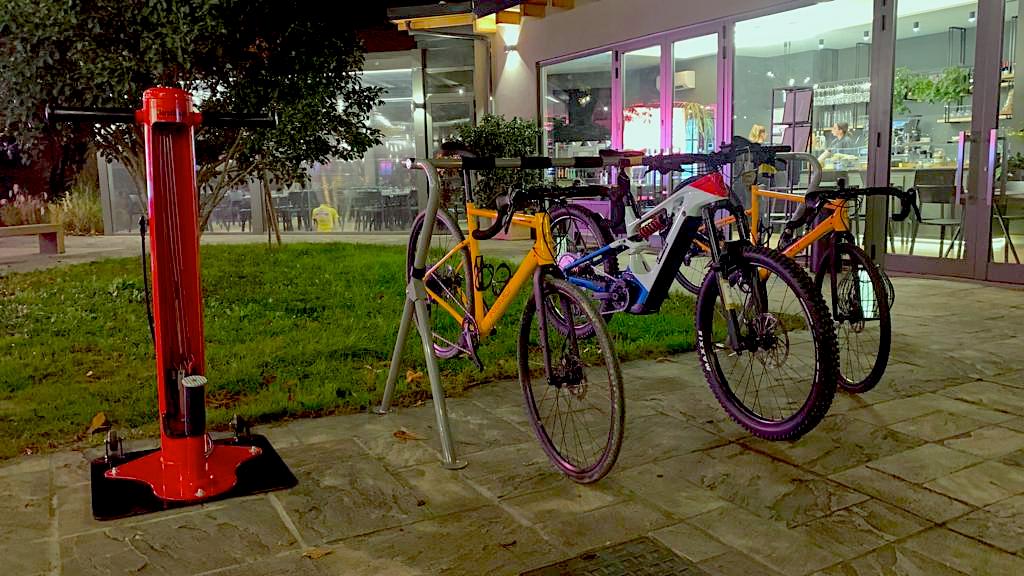 The available places have gone sold out in a few hours from the opening of the reservations, testifying the interest of our more and more bike-friendly territory in  all the initiatives gravitating around the cycling world, especially if they are able to connect different experiences to open the doors even to non-cyclists to attract them in the orbit of the bicycle as an instrument of good health, well-being and fun within everyone’s reach.

Just right at the Savelli Gardens a Clorofilla Power station will soon be installed by the municipality of Cesena for the mechanical assistance and the recharge of ebikes at the service of the many urban cyclists passing by this welcoming place in the city every day. 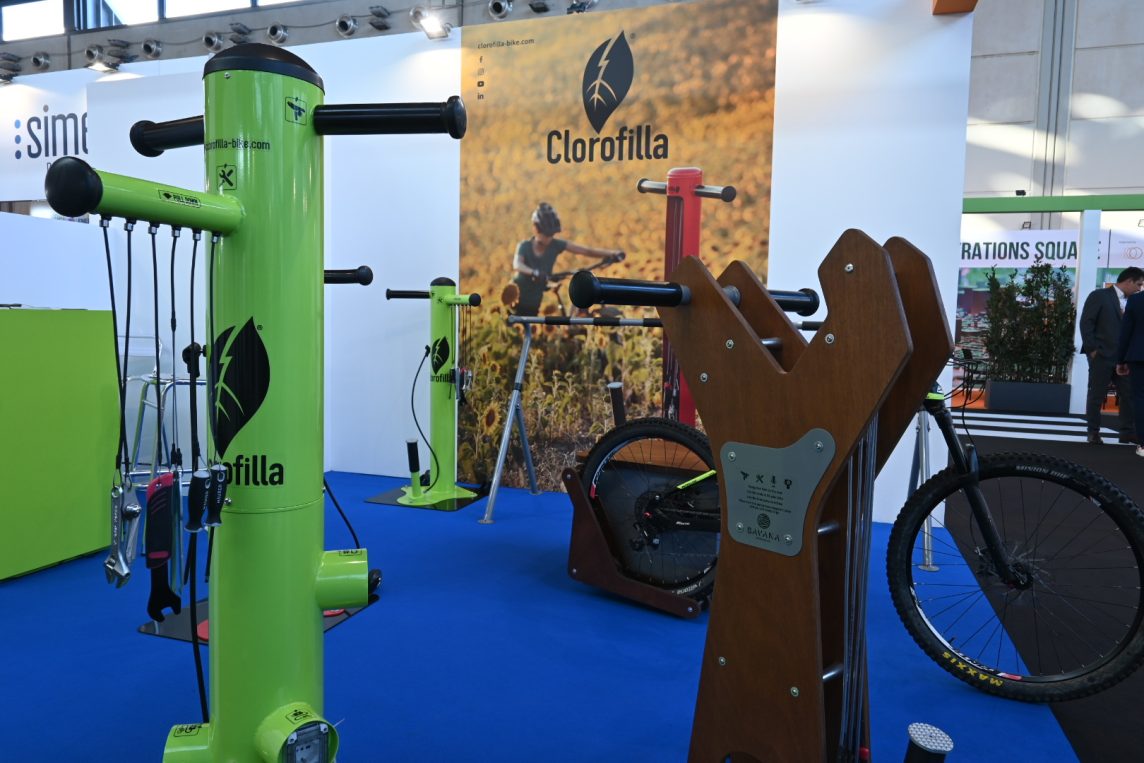 Energized and recharged by a stellar edition of Key Energy 2022

Our expo season has closed last week with our first attending as exhibitors to the renewable energies expo Key Energy together with Ecomondo from 8th to 11th November. 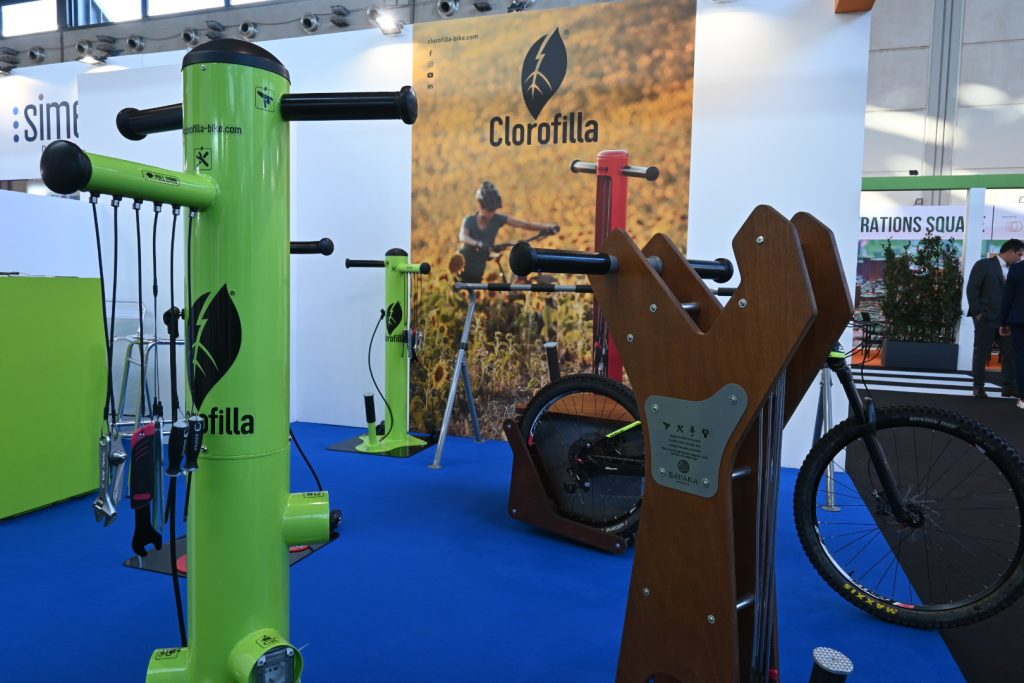 An edition that has seen the participation of 1.400 exhibitors who attracted 600 buyers and 41% more visitors than the previous edition in 2021, with people from 90 countries, as officially stated by Italian Exhibition Group at the conclusion of the event.

A great confirmation for Clorofilla too: thanks to the capability of our products of putting together functionality, simplicity of use, reliability and a particularly recognizable design, many contacts and interlocutions have had place during the expo days at our stand, both with public administrations and private subjects, from Italy and foreign countries who first discovered our brand.

Amongst top level specialized technologies, Clorofilla was able to share its part of visibility right because of the immediacy of the concepts at the core of the service offered by our stations. The interest from a sector that deals with energetic development and sustainability shows us a clear path that not only touches the “bicycle” world but more in general all the subjects involved in what we hope will become a true revolution towards a mobility human-shaped.

Recharged by the positive energy of an event where we could feel the pulse of a field in full expansion and participate to meetings and formation with corporations and authorities leading the energetic development in Europe, we go back to work following up the many requests received which will open new growing spaces for us renewing our energies for the development of brand new projects for 2023. 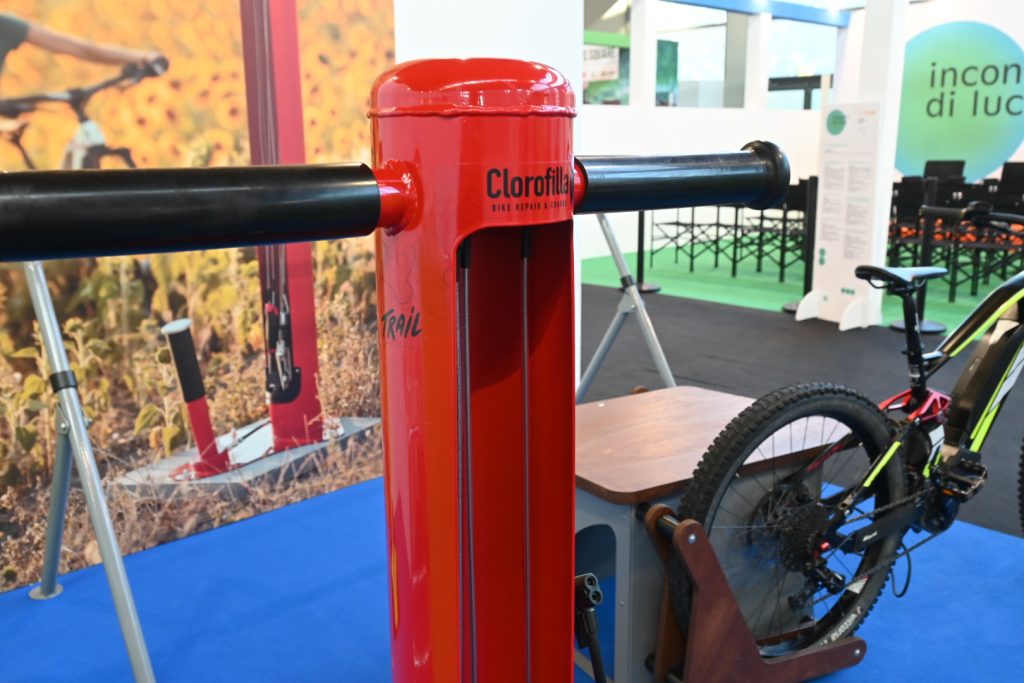 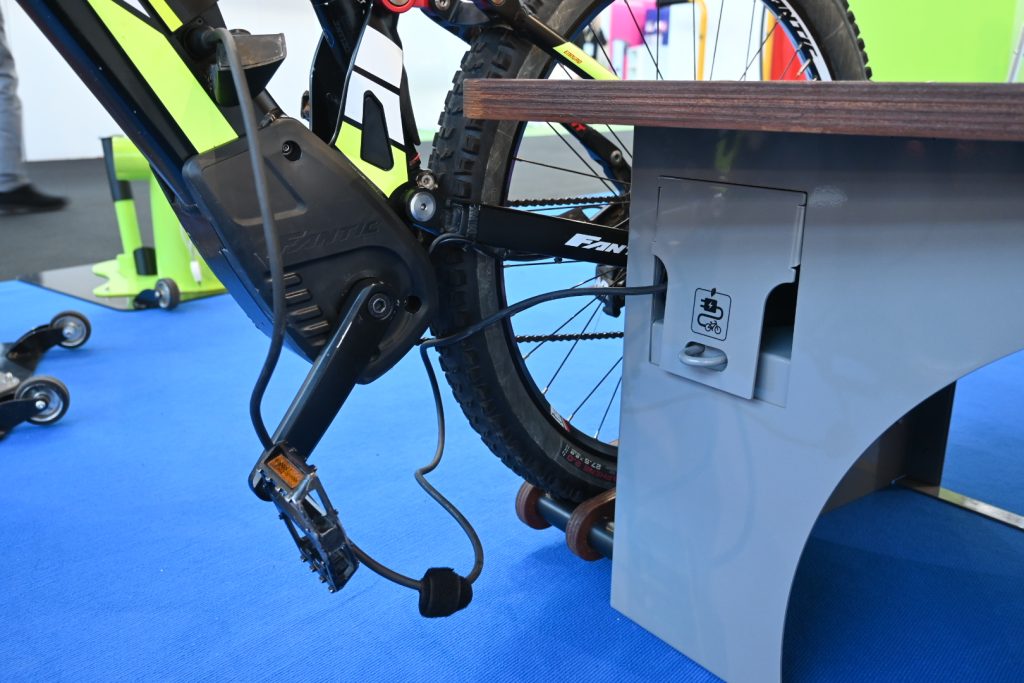 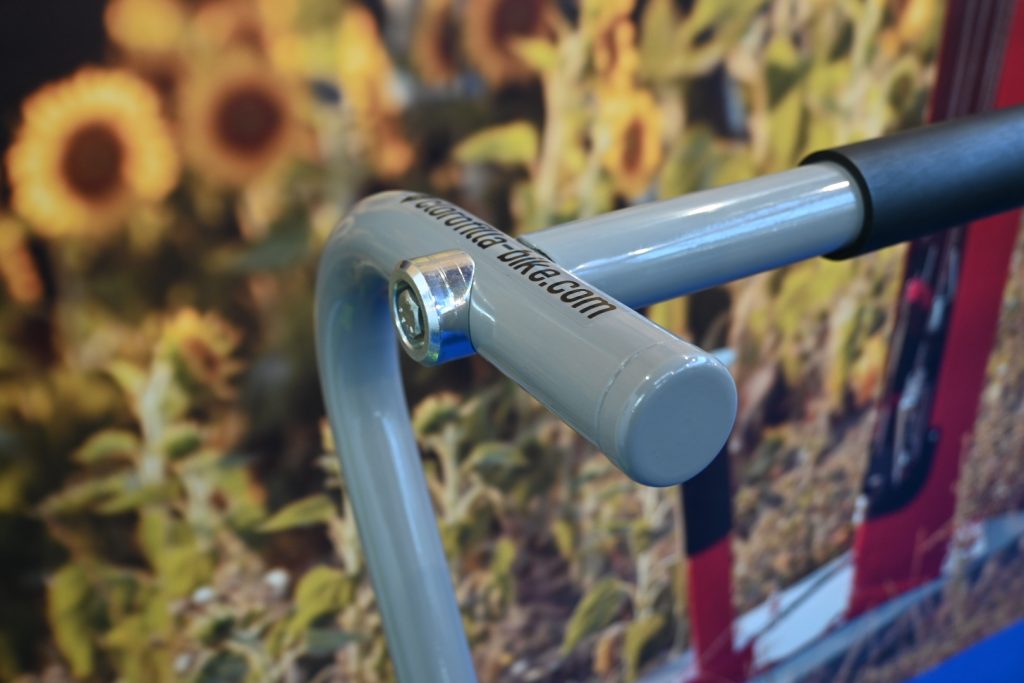 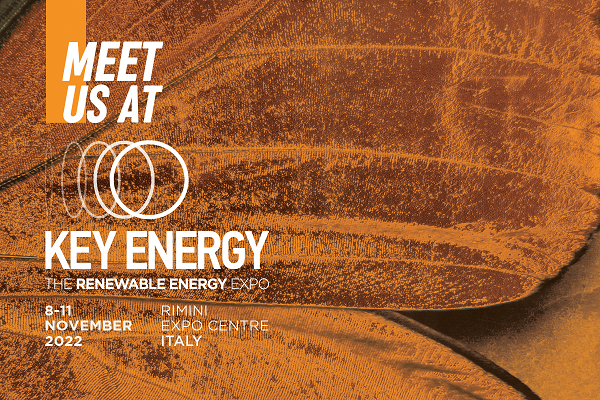 From 8th to 11th November Clorofilla will be attending at the 15th edition of Key Energy, the expo of renewable energies organized by Italian Exhibition Group that will be hosted together with Ecomondo at the Rimini Expo Center.

With over 1.400 companies attending, Key Energy is an international reference for everything that concerns the transition towards energetic sustainability. Every year Key Energy hosts services, solutions and technologies which are useful to accelerate and optimize the conversion that looks more and more urgent and necessary to the economy and even more to our everyday life.

Among its central themes there are sustainable mobility and developing of the infrastructures necessary to amplify electrification of transports solutions. It is nowadays clear the crucial role that can be played in this sector bu the two-wheels, both electrical and traditional, in the “green” city we imagine for our future.

Beyond products and technologies, Key Energy is made of meetings, seminars and appointments  to talk about the future of our environment and take part to it as leading actors. Here’s why Clorofilla will be present not only to present its products but also to engage in a dialogue with other players working in the same field and to put its expertise at work in this change. 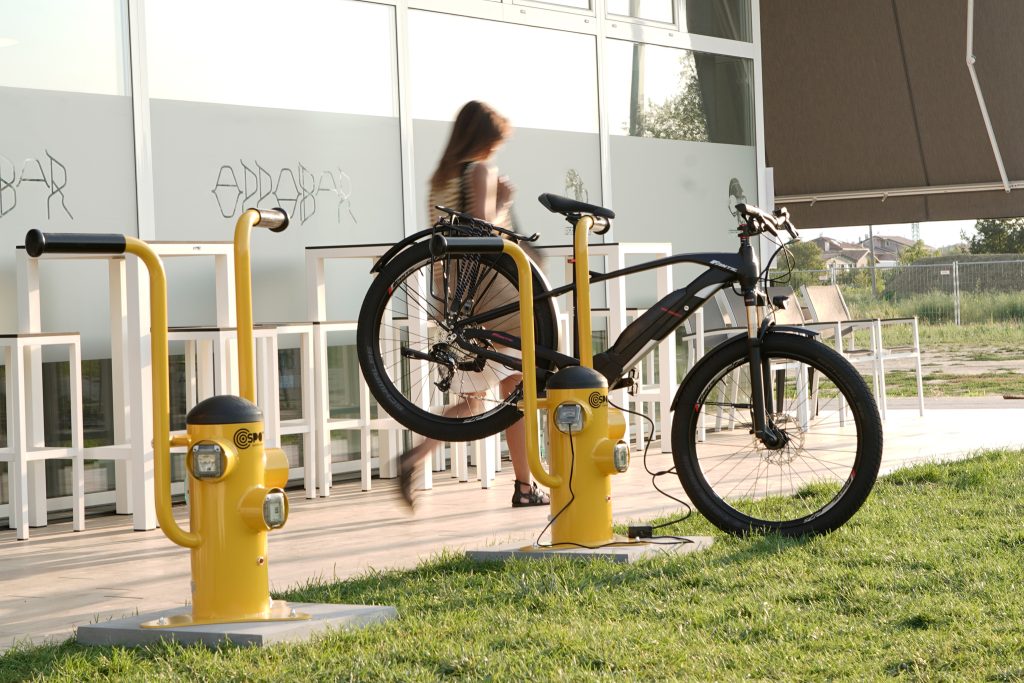 Since a while ago our main interlocutors are public administrations and privates who strive to re-invent work spaces, urban and leisure areas where people live and spend their time, contributing to redesign them. Clorofilla’s solutions are ready today for the tomorrow we want to achieve, with truly sustainable products and an eye always attentive to fill our landscape with beauty.

You will find us at stand 57 in hall D7 at Rimini Expo Center from tuesday 8th to friday 11th. 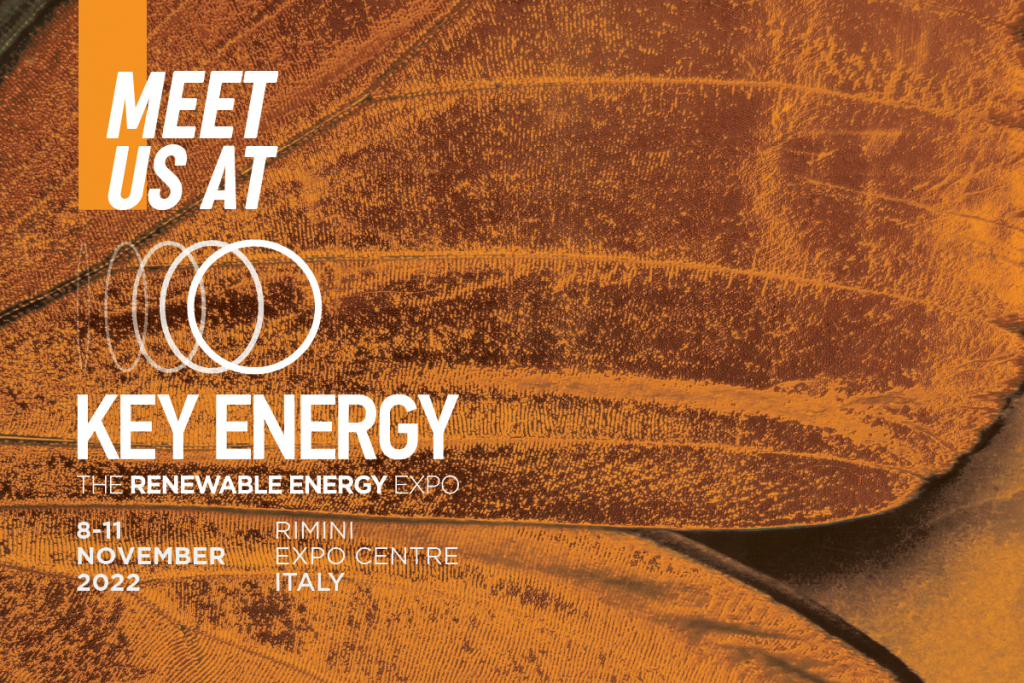 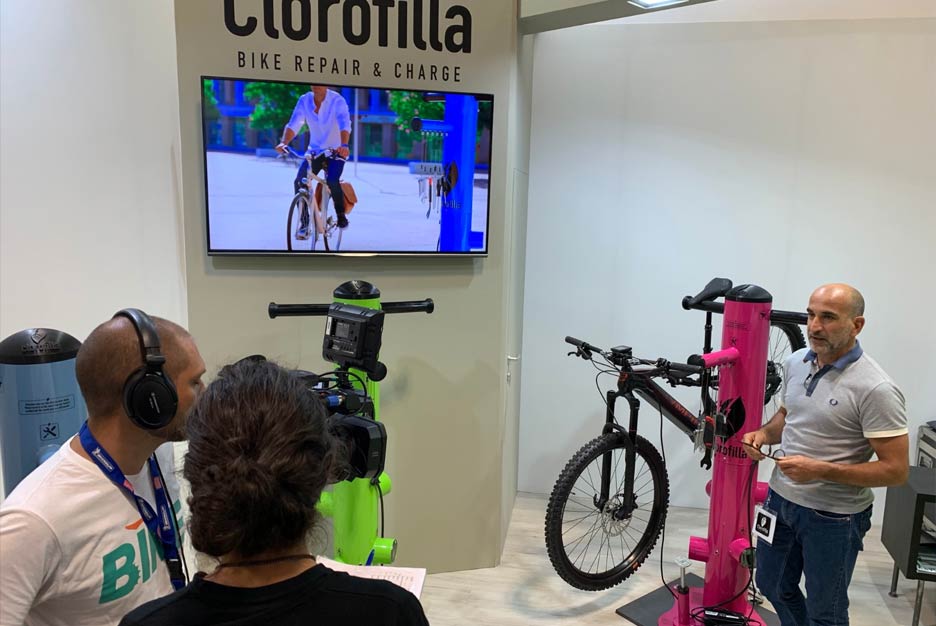 We proudly presented Clorofilla at Eurobike 2019.
From 4 to 7 September the team moved to Friedrichshafen, on the shores of Lake Constance in southern Germany.
Clorofilla attracted great attention at the largest exhibition for cycling and owner Lorenzo Buratti was interviewed by Bike Channel!

Bicycle work stand and ebike charger.
Made in Italy by Buratti Meccanica.